As part of its ongoing strategy to incentivise and reward success within its business, Garic has launched a Quality Award scheme.

Throughout the month of April, the leading supplier of site welfare and accommodation, monitored its internal operations both at HQ and throughout its four depots to assess the quality of products, service and performance.

The coveted first award has now been announced and goes to Garic’s Midlands depot in Dudley. Since opening just 18 months ago, the depot has already nearly doubled in size and now has 20,000sqft of workshop facilities which sit alongside the depot, altogether occupying nearly 2.5 acres of land.

Depot manager, Amanda Hingley, and her 21 staff have proved they are a force to be reckoned with by increasing sales performance by 35 percent in the last six months and having no quality defects reported by any customers during the month of April.

Mark Albiston, Operations Director at Garic said: “The staff at our Dudley depot have really surpassed themselves, even against Garic’s high standards. The pride and attention to detail that each member of staff brings to their role is without a doubt the main reason behind their success and growth.

“To maintain all our products to this high quality standard and have such a variety of units going in and out every day is no mean feat. Everything from a single boot washer unit to a full welfare and site accommodation installation receives the same care and service which is clearly recognised by customers.

“In turn, we want to acknowledge their dedication and I was really pleased to present Amanda with Garic’s 100% Quality Award.”

The company currently has four depots throughout the UK and is planning to open its fifth in West Thurrock in July. 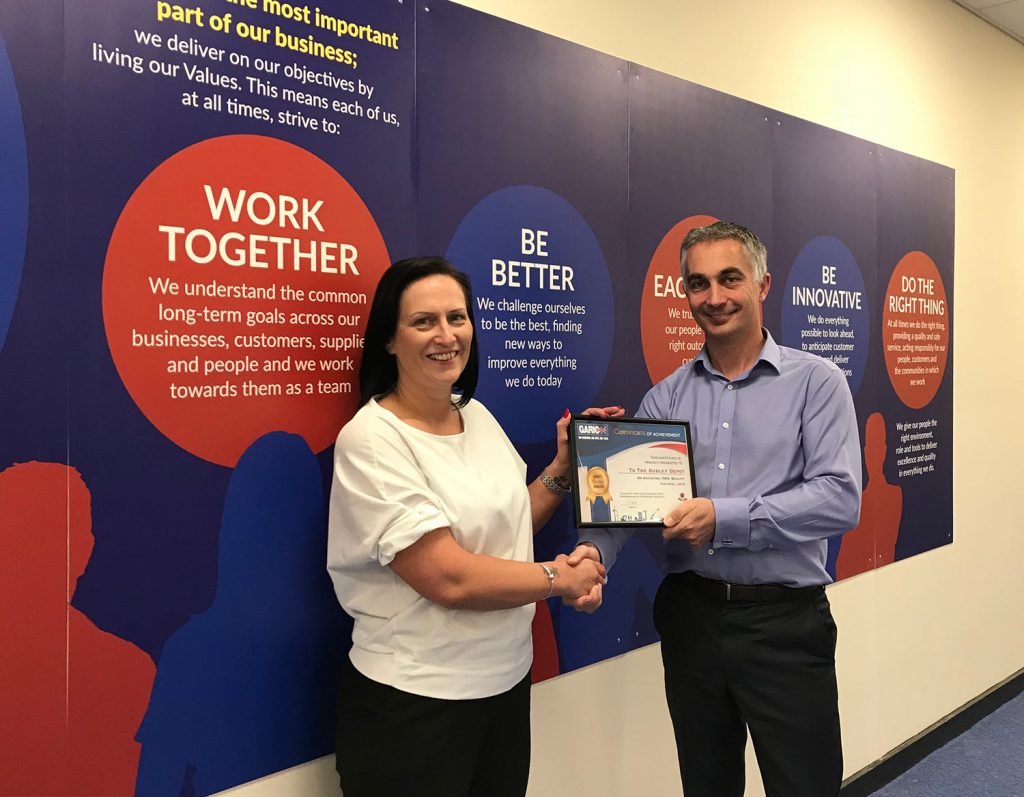