Garic’s leading position in the welfare and site set up equipment market is all down to its fantastic staff. The company works hard to attract, develop and retain its dedicated and energetic employees and believes it is important to thank them for their loyalty. So when Tommy McLoughlin reached his 20th anniversary with the company, his colleagues seized the chance to surprise him with a Thank You party.

Tommy joined the company in 1997 shortly after being made redundant. He first worked on the Hire Desk at Garic’s Bury HQ, then spent a couple of years out and about as part of the transport team before returning to manage the Hire Desk operation. In the last few months he has taken on a new role co-ordinating the service team.

Throughout his time at Garic Tommy has set very high standards and is a much loved member of staff.

Commenting on his 20th anniversary celebrations Tommy said: “I really have loved every minute of my career at Garic. I’ve been extremely fortunate to have had the opportunity to try a number of different jobs within the company and I’m enjoying my new challenge too.

“The work is really interesting and I like learning new things but the best part of coming to work is the people. I’ve got some great friends here. Many of my closest colleagues, such as Leon Massey, Glynn Morris and Jenny Kennel, are long servers like me!”

Thank you Tommy for all your hard work, Garic would not be the same place without you. 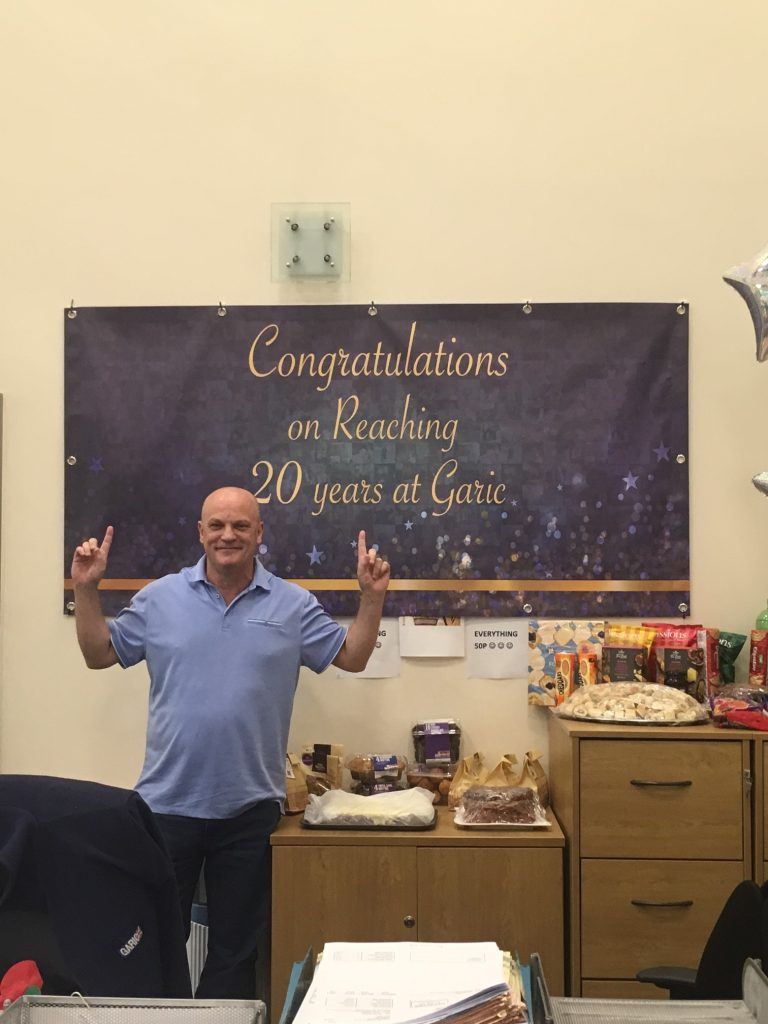